Romantic Transferware for the Month of Lovey Dovey

February 01, 2010
With February being the official 'love' month and Valentines Day only two weeks away, I thought, "what  better time than now to talk about Romantic Staffordshire transferware, and share some of my favorite love poetry and recipes"?     Mmmm...and now I'm already thinking about buttery shortbread cookies with rasberry jam and, of course, creamy milk chocolate.  I am a chocoholic, after all and I'm hungry.
Red transferware (often called pink) was the first color I began collecting 20+ years ago, and do still.  Romantic transferware is most often referred to as a specific time period of production, mostly from the years 1815-60 though many new patterns were introduced well into the 20th century.  There are literally thousands of patterns referred to as 'romantic' and include city and scenic views of England and exotic foregin lands, bucolic scenes, patterns with abundances of flowers, fruits, shells and birds, and even sporting scenes!  Personally, I've never found either hunting or sports to be romantic but many intriguing patterns were produced with just these types of scenes and can be referred to as 'romantic'.

Below is a pink plate by Ridgways.  These views were taken from Scenes from Charles Dickens'  weekly periodical, Master Humphries Clock which was published between April 1840 and December 1841.

This particular plate is entitled Outside the School House.  It has a beautiful relief / embossed type of border that is handpainted around the edge.  Circa 1891 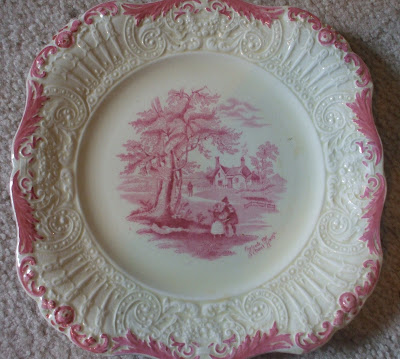 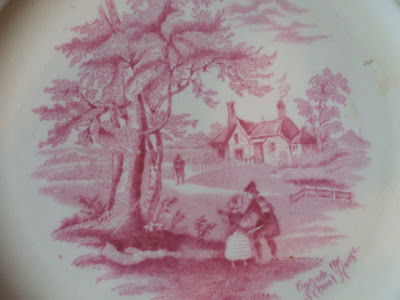 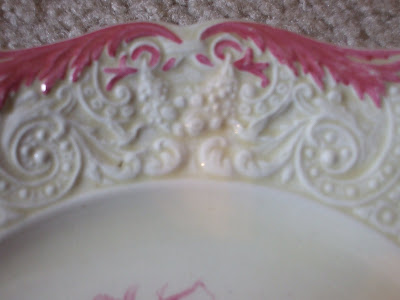 This pattern can be found in other colors as well.  Below are plates in purple and green: 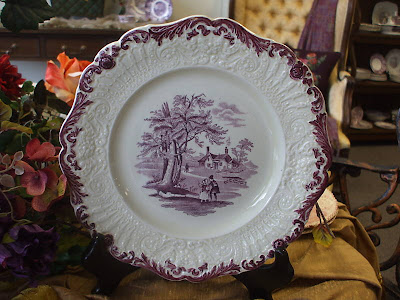 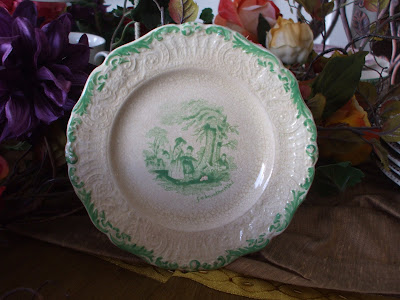 Here is a purple vegetable bowl which has a transferware border, rather than the embossed /relief border shown in the above pieces: 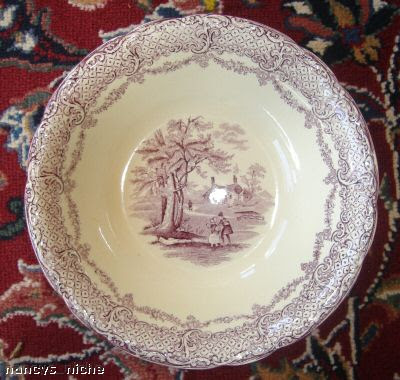 Backstamp found on some of the pieces in this series: 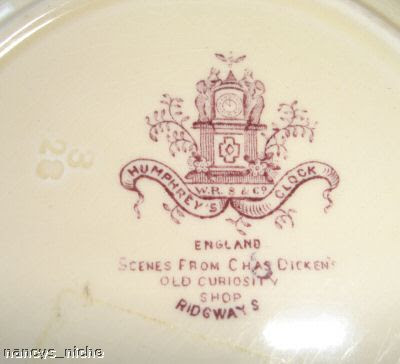 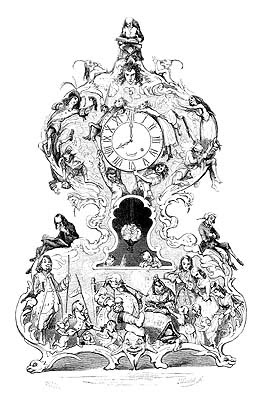 How beautiful at eventide
To see the twilight shadows pale,
Steal o'er the landscape, far and wide,
O'er stream and meadow, mound and dale!


How soft is Nature's calm repose
When ev'ning skies their cool dews weep:
The gentlest wind more gently blows,
As if to soothe her in her sleep!

The gay morn breaks,
Mists roll away,
All Nature awakes
To glorious day.
In my breast alone
Dark shadows remain;
The peace it has known
It can never regain.

( I thought it befitting to use one of his poems for this post, plus I have an adorable little niece named Lucy!)