I've always liked most anything with a Paisley design. For Pink Saturday, I'm sharing a little about Paisley.  Did you know that the name given to the widely recognizable print comes from the town in Scotland from which it received its name?
The modern name comes from the town that produced the design the most, that of Paisley in Renfrewshire, Scotland.
The Paisley pattern can be traced back to India in the first half of the 17th century where the East India Company produced the designs. It was during the 19th century that the production increased after soldiers returning from the colonies brought home with them wool shawls from India.
I found some pretty pinks with Paisley Designs for Pink Saturday.
First I am sharing the new pillow covers I got at Swoon Studio, an Etsy shop specializing in hand made pillow covers.  I saw these and loved the muted olives, taupes and pinks.  They just arrived today and I love my paisley pillow covers.  If you've got some pillows you want to freshen up or change seasonally these are perfect...or buy new ones to fill these covers.  Swoon Studio has alot of great pillow designs including French birds, damasks, rustic florals and more.  Mine are made from a linen-cotton blend and trimmed in a suede piping.   I could easily purchase several sets to interchange pillows for different looks. 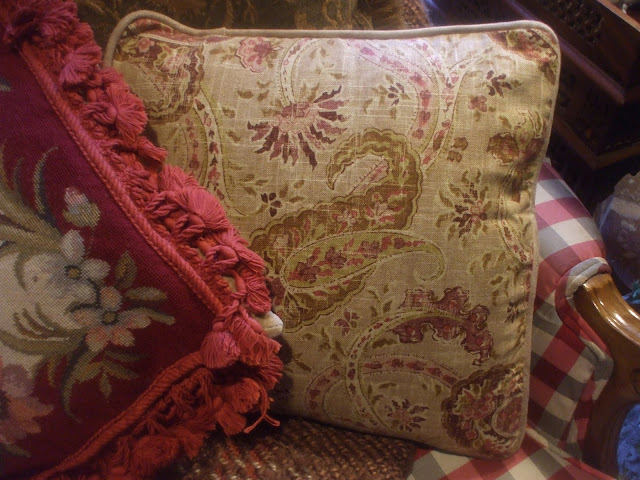 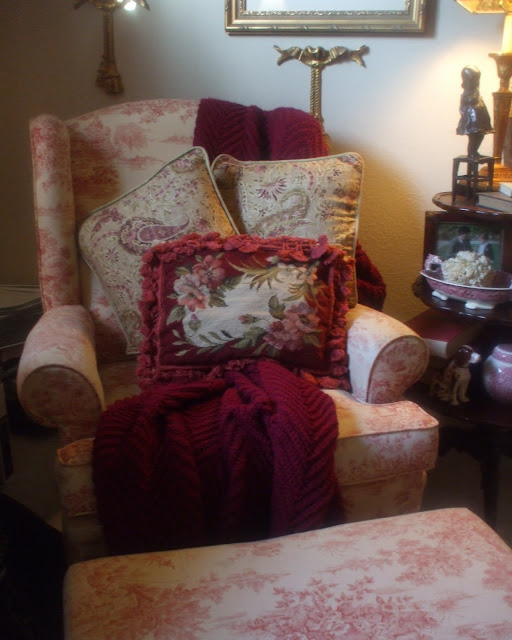 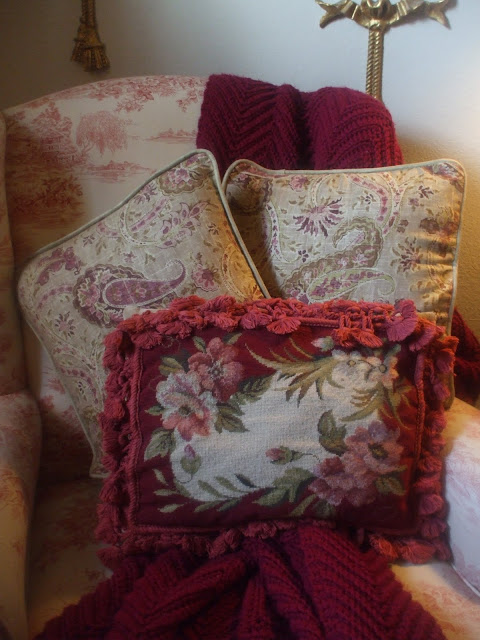 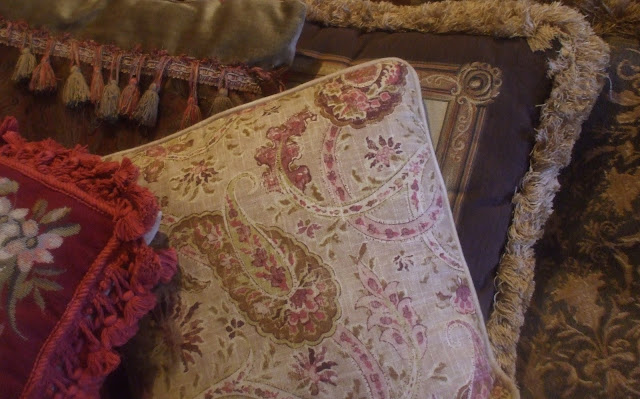 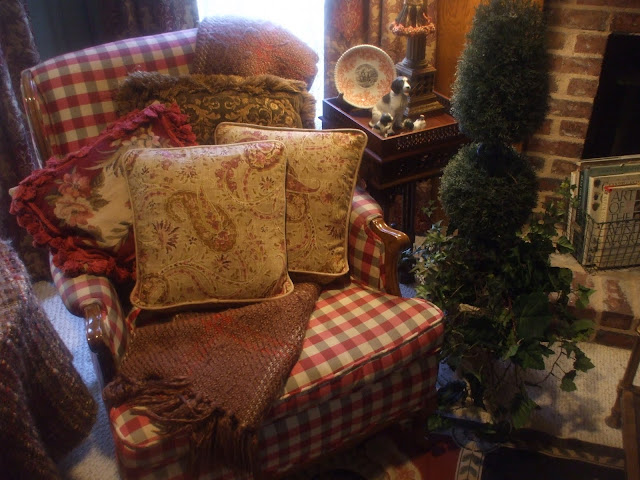 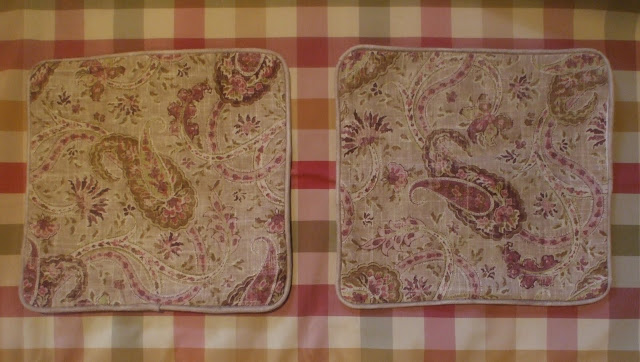 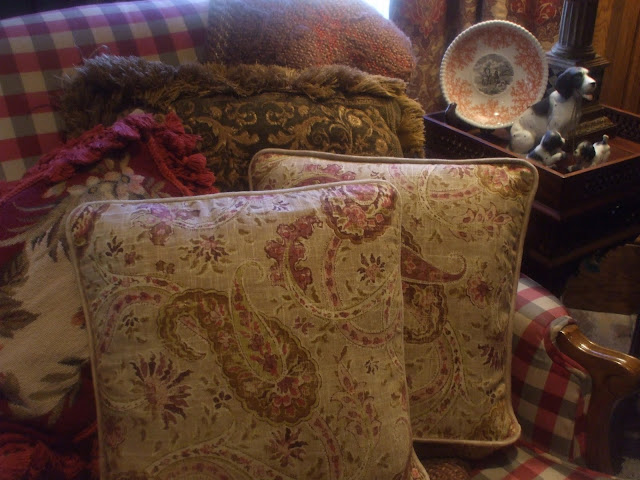 Paisleys can also be found on transferware.  Here is a pink transferware platter by Johnsons Brothers...pattern name...Paisley.  It's very popular!  I have a few pieces in my Etsy shop in other colors. 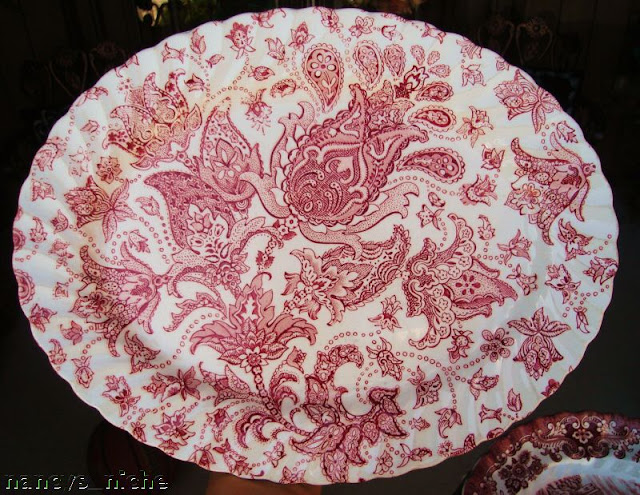 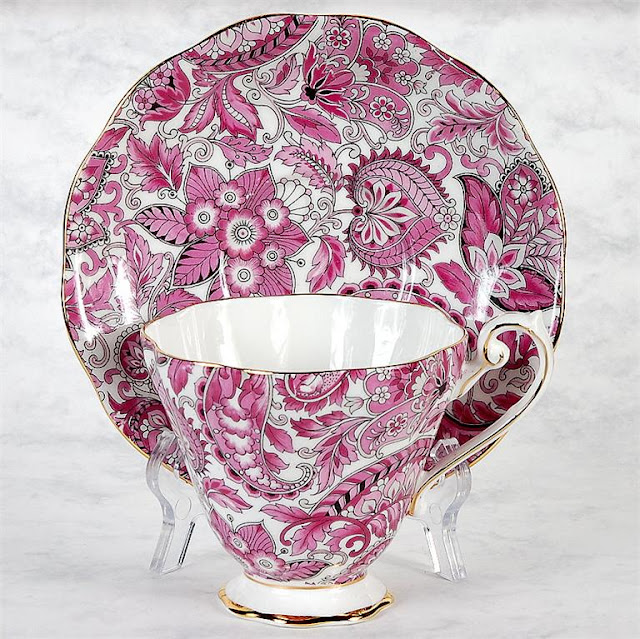 James Kent of England produced this pretty pink transferware tray...it's the same pattern as above.  Some very old patterns were produced by several different companies until the Registration of Designs Act was established in 1842.  My guess is that this is a very old pattern! 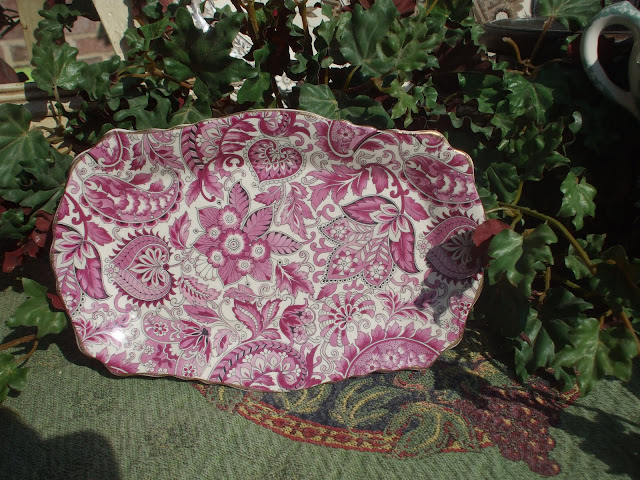 I'm linking up to Beverly at How Sweet the Sound for Pink Saturday
If you like Pink...then this is the place to be every Saturday.