Antlers on the walls

August 26, 2010
Antlers aren't just for cabins.  They have found their way into contemporary and Old World designs alike.
I've admired trophy mounted antlers for some time as decorative wall accents and recently took the plunge into the world of decorating with them.
Check out these great rooms by some of the world's best designers who've used antlers in their homes and homes they've decorated.
Below, a paneled wall houses a pair of antlers on either side of an antique oil painting over a French chest in an entry hall. 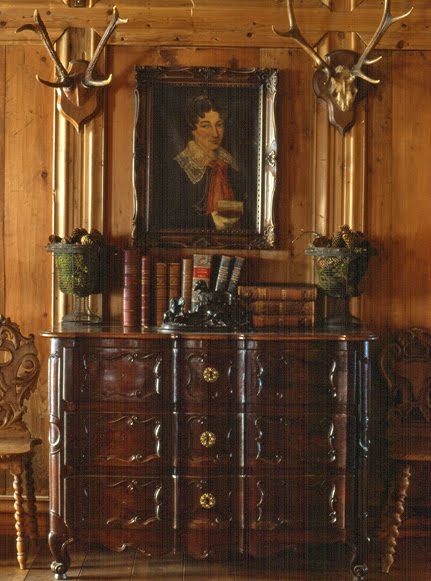 See the antlers over the arched wall to the right of this pic? 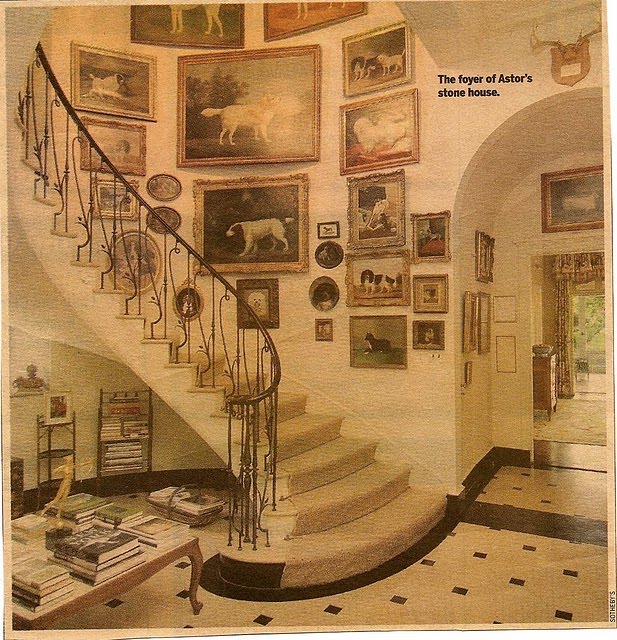 2 pics below: Charles Faudree uses antlers in some of his fantastic French Country designs, including his own home. 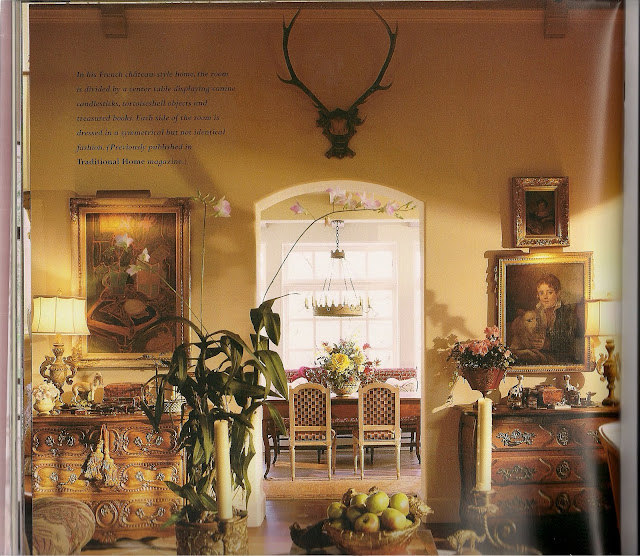 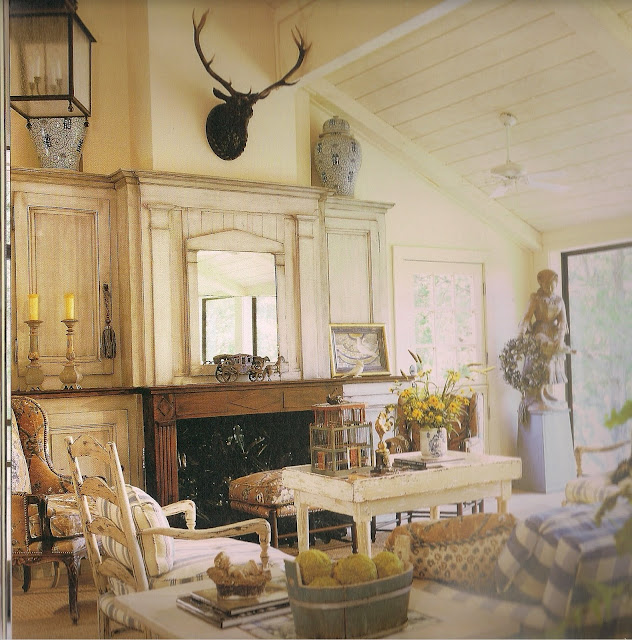 One of my favorite things, English transferware, combined with roe deer antlers 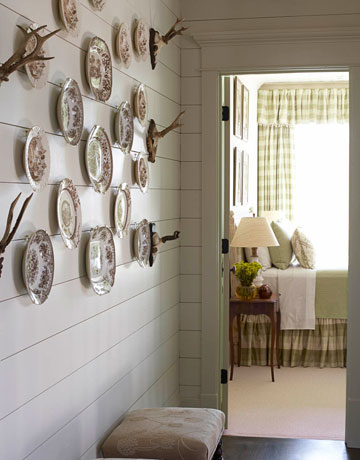 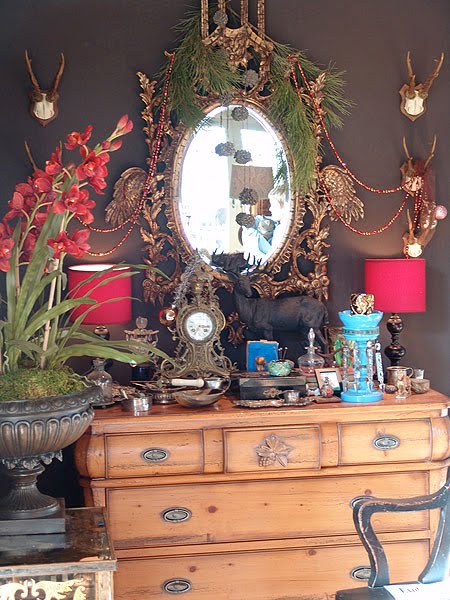 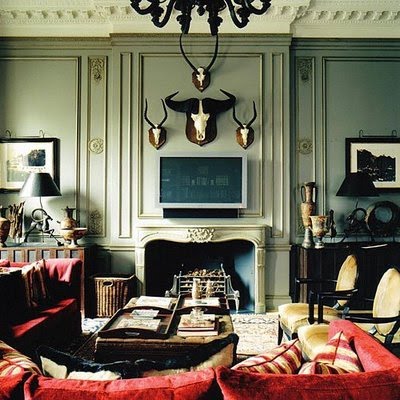 As seen in Country Living, this antler collection hangs over a Victorian burled wood bureau. 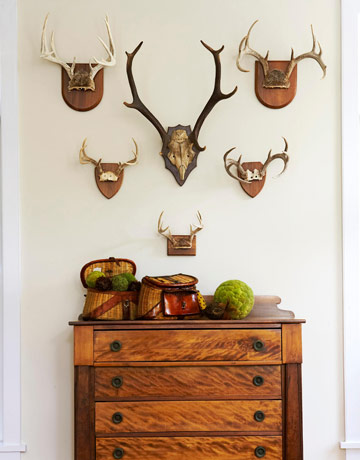 Antlers find their way around the bedroom walls of a turret 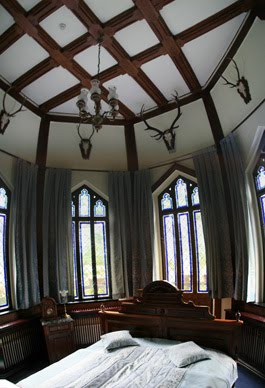 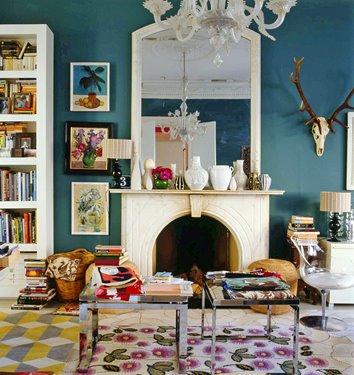 An eclectic blend of furnishings, including the use of antlers as artwork 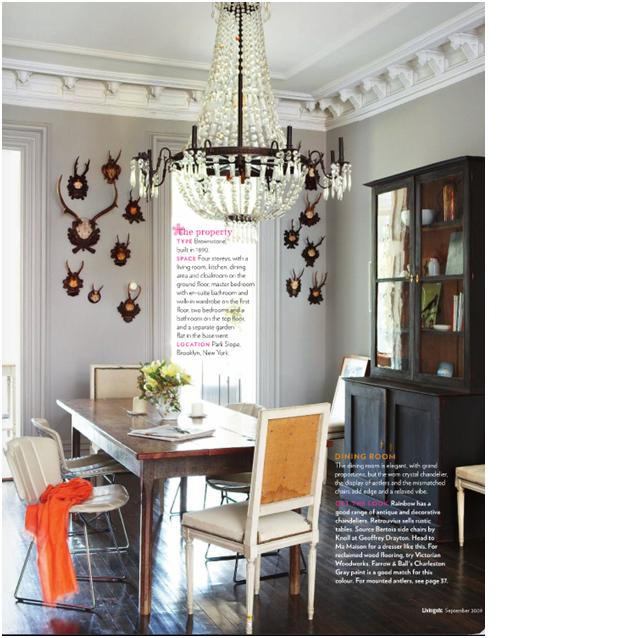 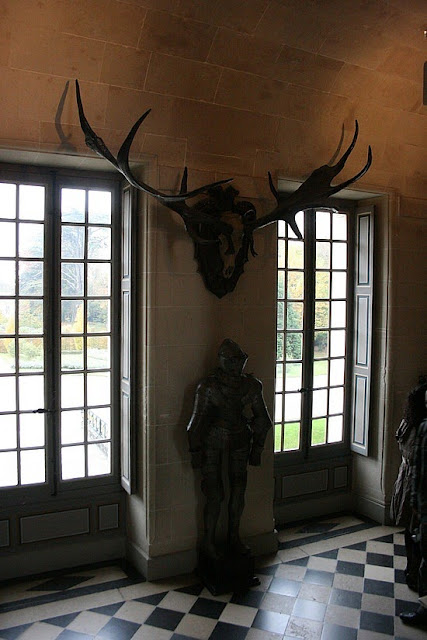 This dining room is filled with antlers, on the wall and at the table....including the antler handled flatware 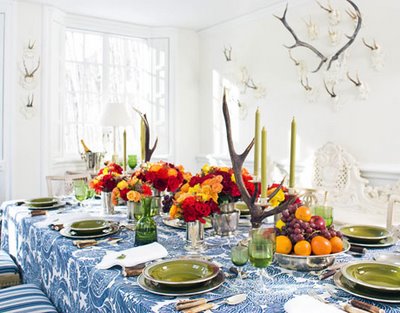 Here, in my dining room a set of antler with a date of 1927 hangs over an oil painting.
My toile wallpaper depicts a hunt scene. 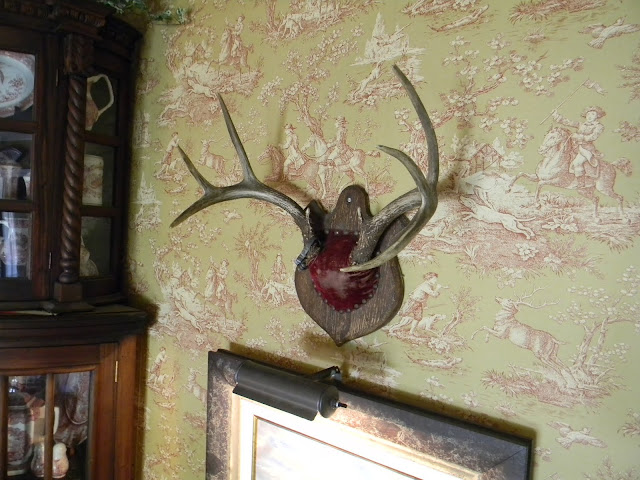 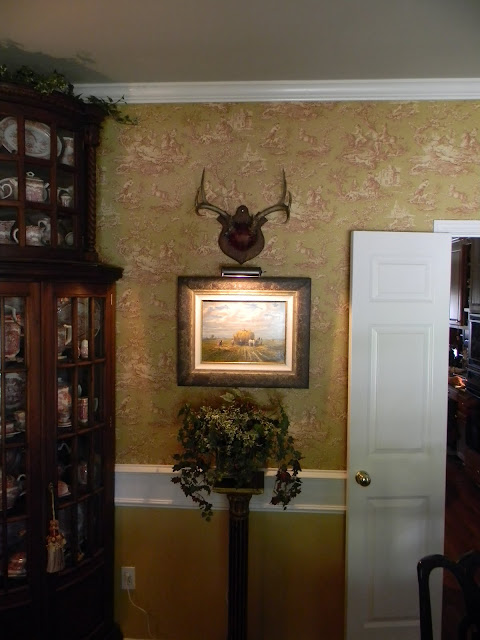 In my family room, a vintage set of mounted antlers becomes the crowning point over an antique French armoire with attached bookcases on either side. 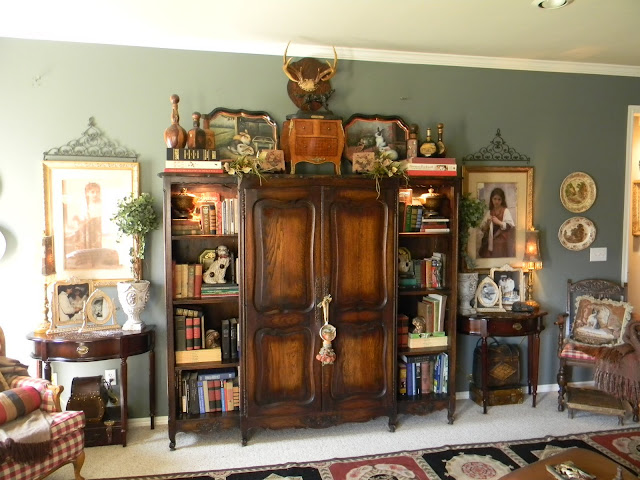 So, what say you?  Do you like antlers used in decorating?
There's still time:
GIVEAWAY ENTRY HERE
I'm participating in