November 28, 2010
For centuries, hand made, written cards and notes with goodwill verses have been sent by hand or post.
Sir Henry Cole, the founder of London's Victoria and Albert Museum, had sent many handwritten cards previously but one year he commissioned John Calcott Horsley to paint a card showing the feeding and clothing of the poor. That year was 1843, the same year Charles Dickens wrote  A Christmas Carol.
1,000 of these Christmas cards were printed lithographically by Hobbins of Warwick Court, Holborn, London.  They were printed on a single piece of pasteboard measuring 5" x 3.25" and were hand colored by an artist named Mason.
This advert for the card appeared in the Athenaeum paper:
'Just published. A Christmas Congratulation Card: or picture emblematical of Old English Festivity to Perpetuate kind recollections between Dear Friends.'
. 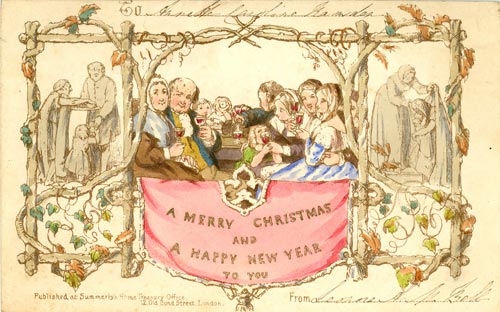 Cole used as many as he required and the rest were sold at a shop in Old Bond Street for 1 schilling a piece.  This price made them a luxury, novelty item, thus they were in large part unavailable to the working class.
.

The card reads: "A Merry Christmas and a Happy New Year to You." It also states that is was "Published at Summerly's Home Treasury Office, 12 Old Bond Street, London
Although charitable acts of feeding and clothing the poor were depicted on either side, the card drew some criticism because of the center scene depicting three generations of a merry family having a party, and raising a toast (of wine) to the recipient of the card.   This was considered "fostering the moral corruption of children".  With most people, however, the idea was a great success and the Christmas card quickly became very popular.
One of the original cards holds the record as the most expensive Christmas card ever sold.   It brought £22,250 (that's about $34,000)  in 2001 at the UK auction house of Henry Aldridge to an anonymous bidder.
Another of the cards was sold in December 2005 for £8,500 to
Jakki Brown, co-owner of Progressive Greetings magazine and general secretary of the Greeting Card Association.  This card originally was sent to a Miss Mary Tripsack, a close friend of poetess Elizabeth Moulton-Barrett, wife of poet Robert Browning.
Although 1,000 cards were printed, it is believed that about 10 remain in existence.
~~~~~~~~~~~~~~~~~~~
J C Horsley, who designed the first Christmas card was also the artist whose scenes are depicted on one of my favorite transferware patterns, Byron by Spode.
Below is a picture of an antique engraving of one of the Byron scenes, Pet of the Common and the transferware charger decorated with the same scene beneath that. 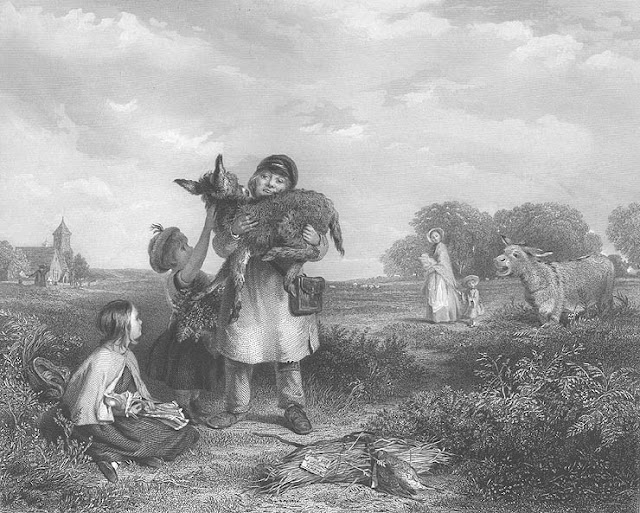 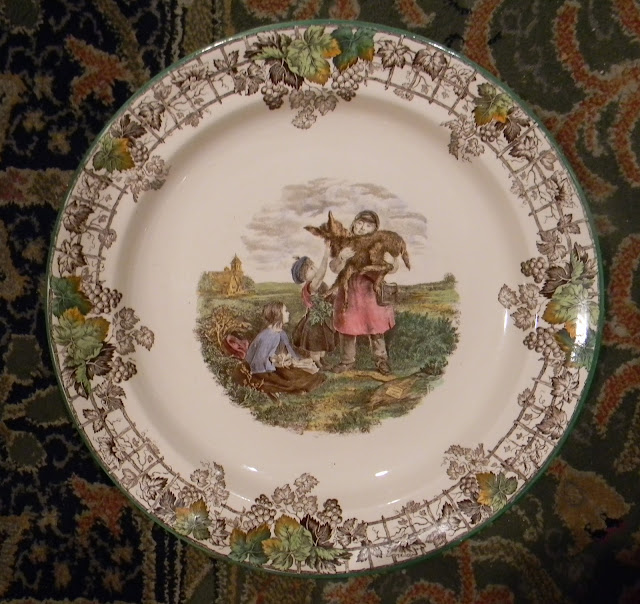 I have two  antique engraving prints by JC Horsley.  One is from The Illustrated London News, dated June 1, 1850 entitled "Hospitality" at The Mote, Ightham, Kent. 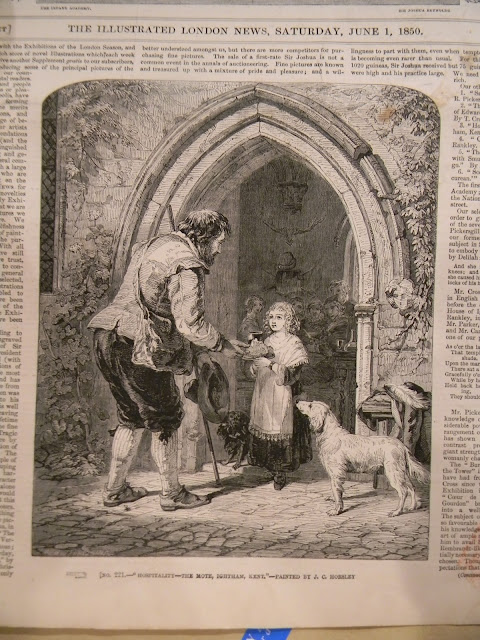 and the other is an illustration for Miltons poem Il Penseroso 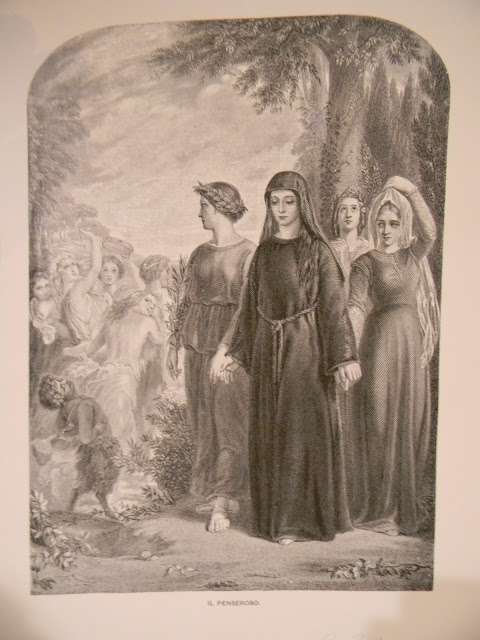