Today I am sharing one of my favorite transferware pieces.  It is a huge teapot by Maling of Newcastle on Tyne. 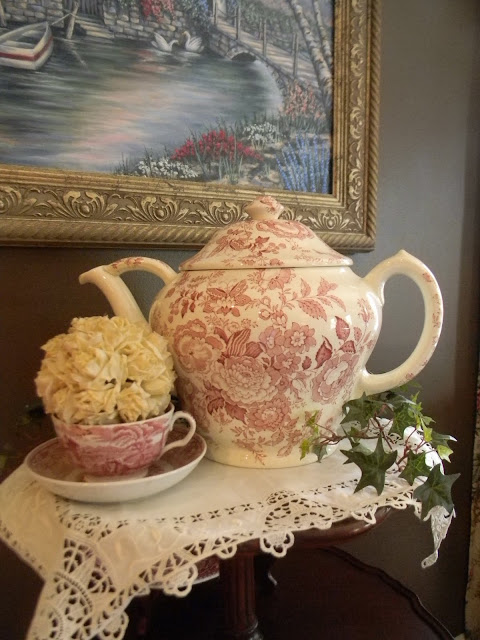 The Maling potteries were in business from 1762 to 1963 and claimed, at one time, to be the largest pottery in the world.
The pattern is  very much like Asiatic Pheasants, which was produced by a number of potters, and Stratford by Masons.
You can read more about Asiatic Pheasants HERE.
I love the butterfly and the pheasant. 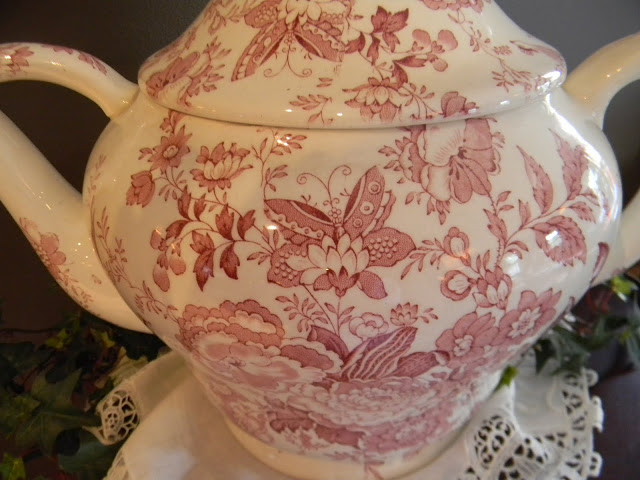 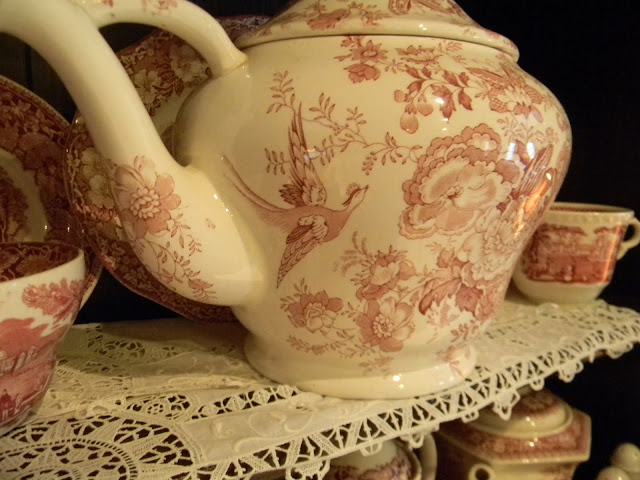 Here, for size comparison, I have placed a Masons teapot next to my Maling teapot. 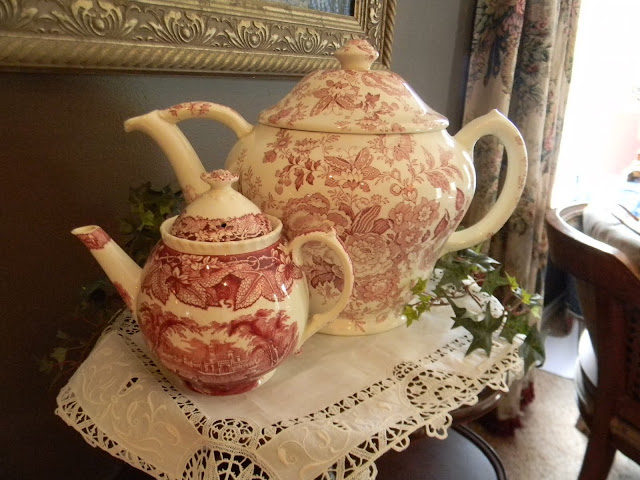 My teapot has this stamp on the bottom.  This stamp was in use by Maling between 1920 and 1963 when the factory closed.  There are some variations of this stamp, including the words 'Made In England' which will always indicate that a piece was made after 1921.  I think my teapot was probably made in 1920 because the stamp has only the word England on the bottom. 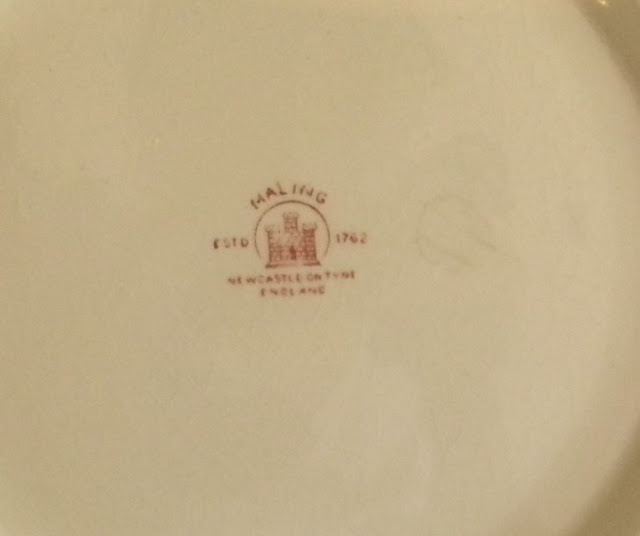 Below
Here is a sneak peek at where I will permanently display the teapot on my kitchen hutch, along with other red transferware teapots, coffeepots and pitchers. 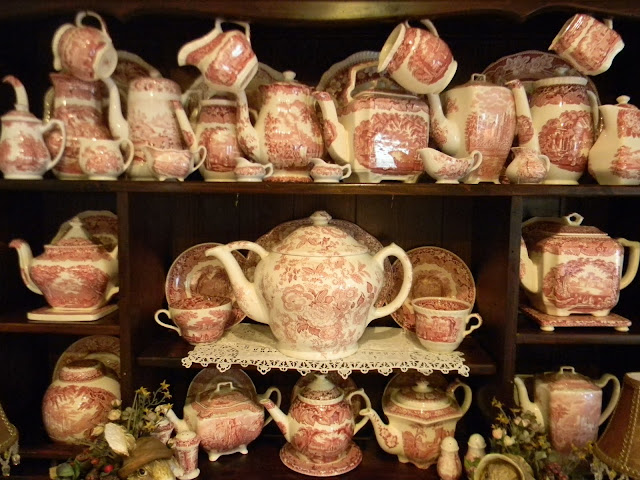 Maling collectors are often in search of the factory's highly decorated lustre ware. 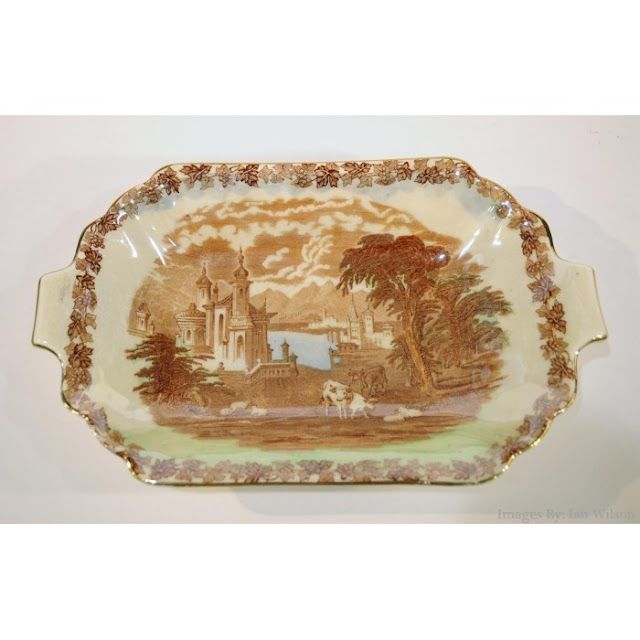 Another collectible by Maling are advertising crocks, such as marmalade jars made for Keillers, like this one.  I have one in my kitchen and use it to hold odds and ends. 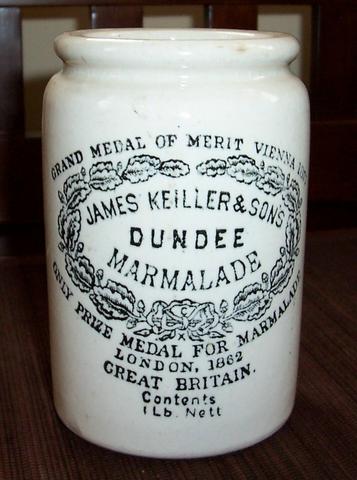 Transferware Tea Caddies by Maling, which were produce for Rington's, a northeastern tea company, are also highly sought and collectible. 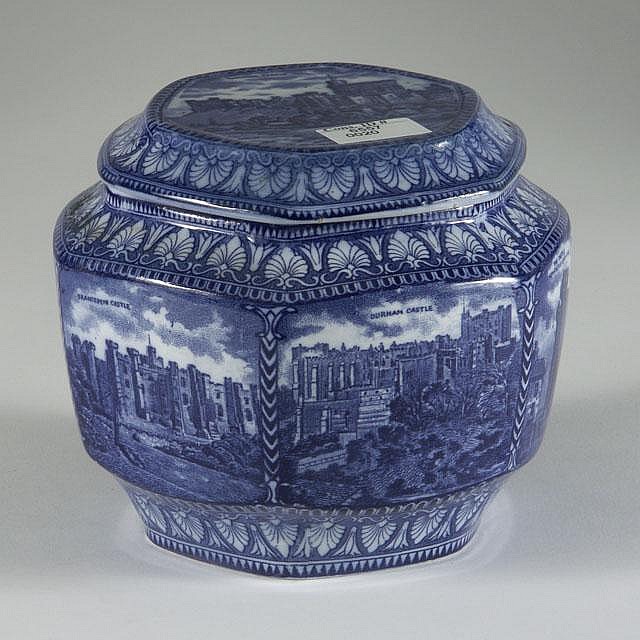 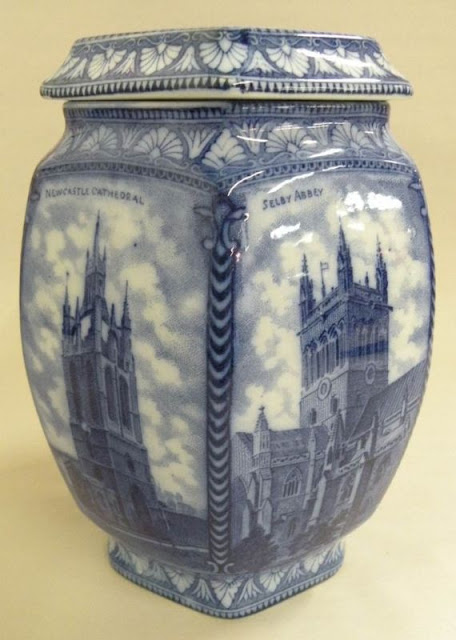 Maling History
The Maling family, originally French Huguenots who fled their native country in the 16th century to escape religious persecution, settled in England where they became prosperous merchants.
The first Maling pottery was established near Sunderland,  in 1762 by William Maling. William had interests in timber, shipping and coal with which the development of a pottery business fitted well. Pots fired in kilns heated by the local coal could be exported in his ships.
The Maling business was continued by William's descendants who relocated the factory to Newcastle building a succession of larger works. The last of these works, the Ford B pottery, was begun in 1878 and occupied a 14 acre site. (This and its predecessor, the Ford A pottery, were named after Mary Ford, the daughter of an Edinburgh glass manufacturer, who had married into the Maling family.)  The driving force behind the business expansion was Mary's husband, Christopher Thompson Maling. It is his initials which form one of the company's early factory marks: CTM which was inscribed vertically inside a triangle. Later, this was extended into the trade name "Cetem Ware" when the company adopted its well known trademark of a castle in the early years of the 20th century.
The last member of the Maling family to be actively involved in the pottery was Frederick Theodore, who died in 1937.  The Maling name continued to be used as a trademark until the factory finally closed in 1963.
The outbreak of war in 1939 marked the beginning of a long decline in the Maling factory. Many workers were called up for military service, and wartime restrictions prevented decorative ware being produced for the home market.
The factory was eventually sold to new owners, but struggled to compete against foreign competition because of its depleted workforce and outdated equipment. The contract to supply crockery to the London and North Eastern Railway Company was lost to a Japanese firm who were able to undercut Maling's price by 75 per cent.
When the factory closed its doors for the last time in June 1963, the headline in the local Newcastle Journal read - "Competition kills city firm".
~~~~~~~~~~~~~~~~~~~
My Maling teapot measures 16" wide.  I have it here on my hutch with two Jumbo transferware cups and saucers. 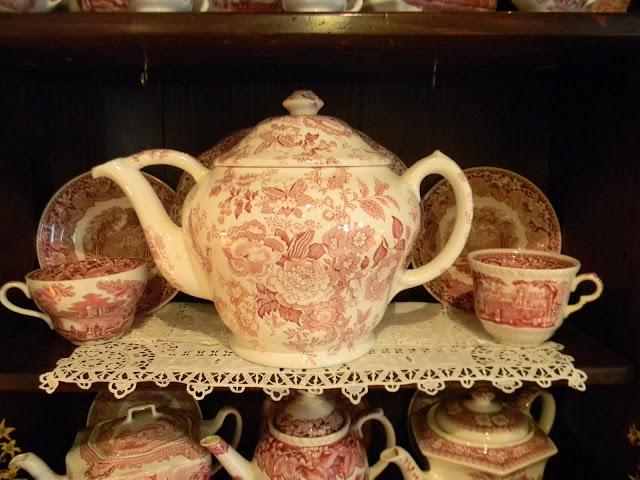 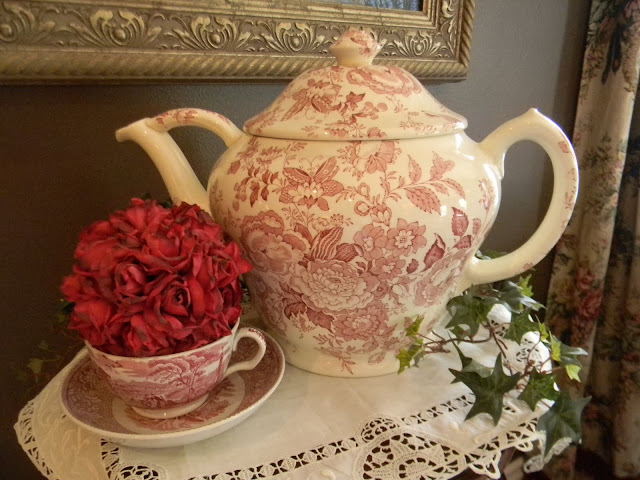