NOT for Gravy! The Bourdaloue

I hope you all had a Happy Valentines Day.  I just had some minor surgery on Tuesday so I wasn't up to going out.  Shawn and I stayed home with Ashton and the three of us had a candlelight dinner together.  Trevor is working at a local ice cream shop so he was busy working and Kalyn, poor, boy-friendless Kalyn, who is also currently grounded, sent us a text yesterday afternoon pleading to let her "have one night off to go to dinner with some of her single friends while those in love celebrate"?
We totally caved and let her go.

Last month, my sister had told me that she's been hooked on watching Downton Abbey.  I have to admit, I watch so little tv that I didn't even know about Downton Abbey until she told me about it!  Since then, I've been nagging Shawn for us to watch it together.   So after dinner last night, we decided to start watching the series on Netflix so that we could start with the first episode.   We have been missing out is all I can say!  We stayed up until after midnight watching the first three episodes and I cannot wait to watch more tonight.

Well, whenever I watch films set in this era I'm always looking for transferware...in fact I was contacted about supplying some for a movie set not long ago...but that's another post...maybe.  One of the serving pieces I spied in a dining scene got me thinking about how the pieces I'm about to show you are often misidentified, even in museums at times.

Take a look at the following items. 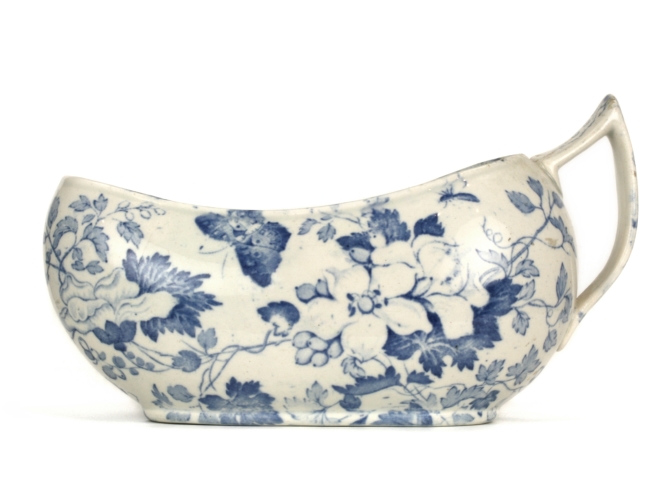 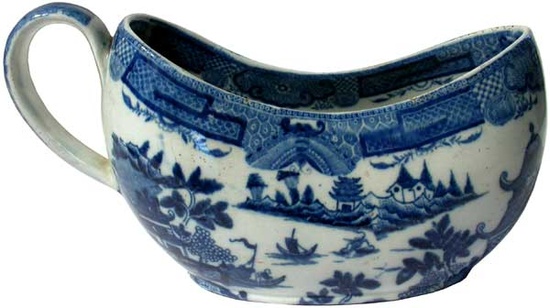 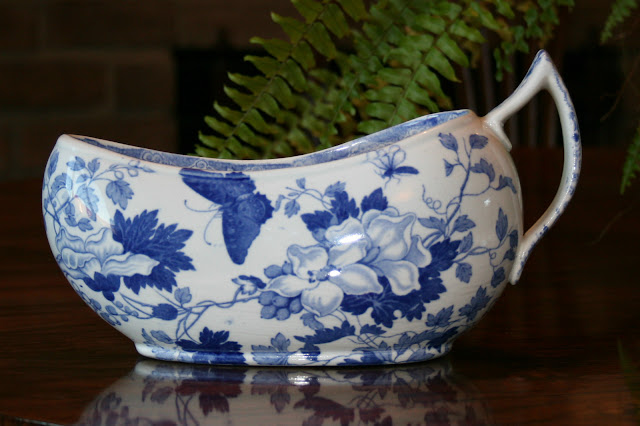 Are you thinking these are gravy boats?  Perhaps they are creamers?  Well, if that's what you're thinking, you're not even close.   Each of these examples is called a bourdaloue: aka a porta potty, a chamber pot, a loo, coach pot or a slipper pot but these are ergonomically designed for use by a woman. Although the examples I've shown are all blue transfer printed, bourdaloues were often gilded and exquisitely detailed or even made of silver.

Imagine the dress of the 18th century female; spreading hoops and silk petticoats made with yard upon yard of costly fabric.  Now imagine nature calling with all that material and cumbersome clothing to maneuver! With the assistance of the lady's maid, a bourdaloue could be slipped beneath the skirts and petticoats and then carried away. 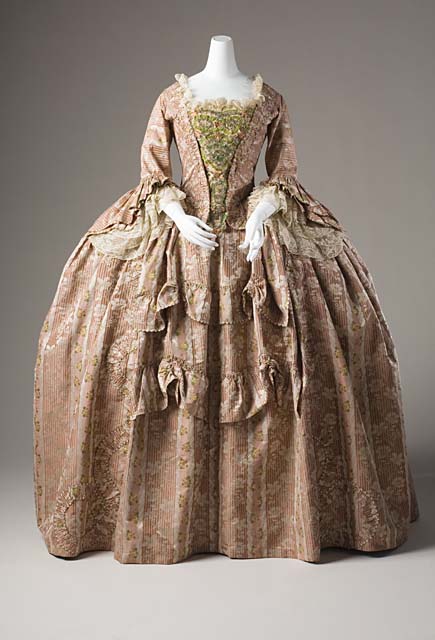 As legend has it, though some historians argue this is not so, the little potty is named after a French Jesuit priest at the court of Louis XIV named Louis Bourdaloue.  Churches had no toilets then, and no breaks were given during sermons and with the priest being known for his long discourses it is said that women sat through them with a bourdaloue placed under their dresses.

This example below is called Old Peacock and was made in the early 1800's by Spode. 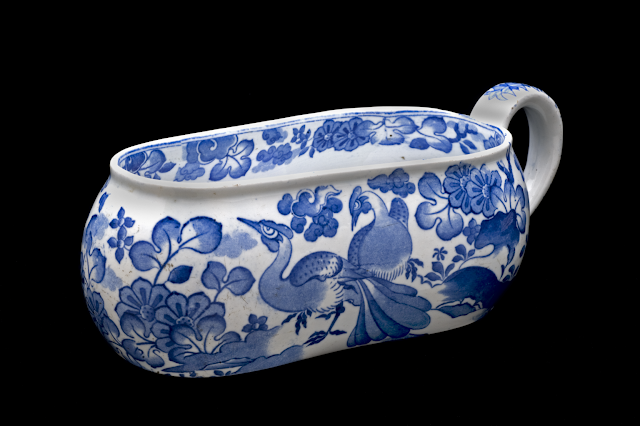 Below, this bourdaloue dates to 1830 and was made by Wedgwood in the Landscape pattern.  Wedgwood referred to them as 'coach pots', for as the name implies, they were often used during long horse drawn coach travel. 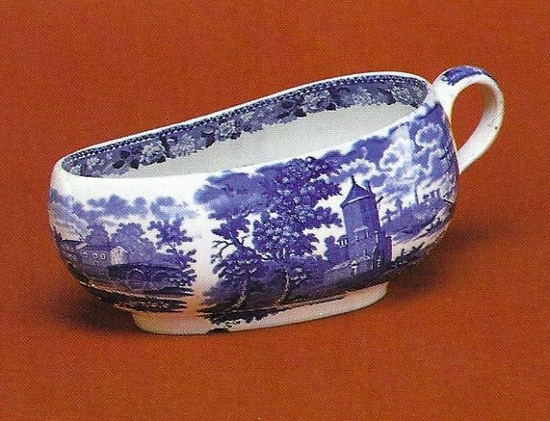 My first thought after seeing this painting by Francis Boucher was 'What a perv' in regards to whomever commissioned it.  It depicts a woman pulling up her dress to use her bourdaloue.  I wasn't even sure I wanted to post it on my blog, but here you go. 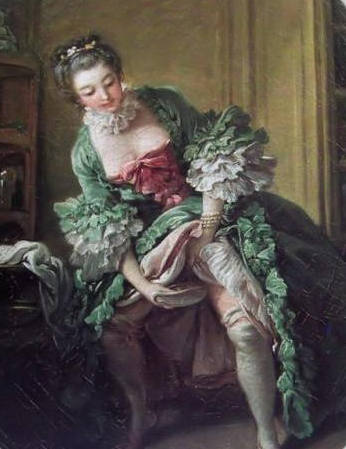