Do you ever get to where you're sick of your decor' and think nothing looks good?  I sometimes do and recently it lead me to taking all of the pictures and mirror off of my entry wall.  I hung two different paintings/pictures over the entry table and left them up for a day or so only to decide that I missed the mirror hanging there.  So, I hung it up right back where it had been and decided to rearrange the table top vignette for Autumn.  I've still not hung anything else but the mirror back on the wall, hence the reason you won't be seeing it today, but I am conjuring up a few ideas for the space.
Here is the Autumn themed entry table. 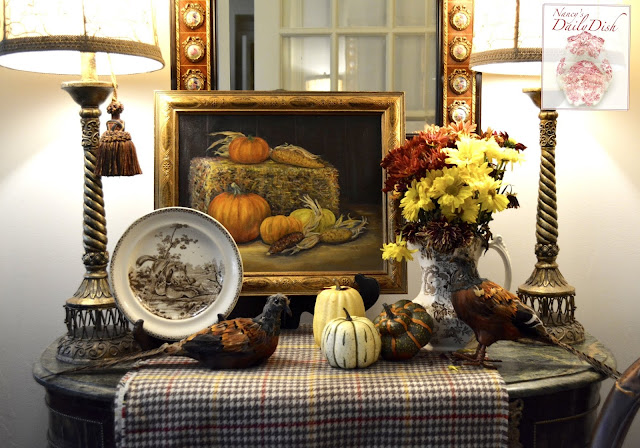 I usually have a piece or two from my red transferware collection displayed here but lately I have wanted to bring in more greens and browns.   I brought out a couple of the reversible houndstooth blanket scarves  I sell in my shop.  I just love these because they are so versatile...they are tartan on the opposite side and come in several colorways.   They are great as table runners, small lap throws and I even attached some to curtain panels and swagged them at the top so they look like valances.  Here, I've got one on the table and one over the chair. 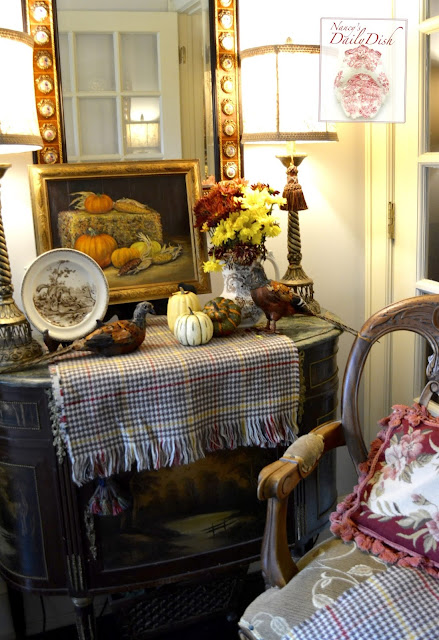 Did you notice the harvest painting?  I found this original oil painting already framed at a local antique shop last Summer for such an unbelievably good price that, being an October birthday girl and loving everything Fall-ish and all,  I just couldn't resist buying it.  I really like it. 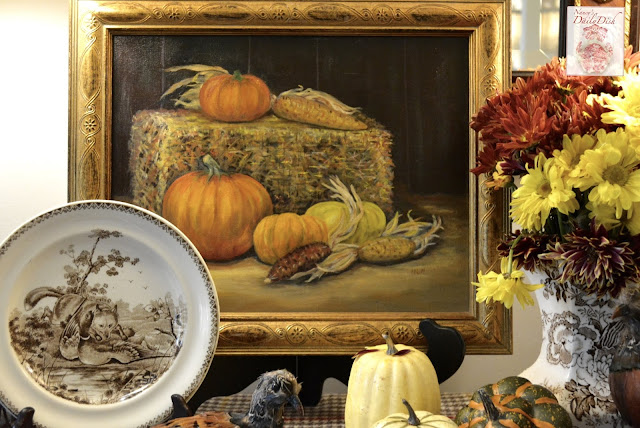 The antique transferware plate is a pattern called Sporting Scenes and is listed in my shop.  It depicts a fox and his kill, a mallard.  I thought I'd share a little about its maker.  It was made by J. F. Wileman, predecessor to the highly collected and recognizable Shelley china, which begins its story in or around 1853-60.   Henry Wileman, a London china and earthenware manufacturer who owned the Foley works, a large pottery between Fenton and Longton in Staffordshire England went into partnership with Joseph King Knight.  Henry's sons, James and Charles, both joined their father in the business.  Mr. Wileman built a second pottery for the sole purpose of producing fine china.      Joseph B Shelley left the Dresden works and joined the Wileman family initially as a travelling salesperson.  In 1864, Henry passed away and his sons split the two works with James running the earthenware works and Charles the china works.  Charles retired in 1870 and James took over both potteries.  He made Joseph Shelley his partner and the firm then became known and Wileman & Company.  Later James would go on to running the earthenware works leaving Shelley to take charge of china production at the other works. 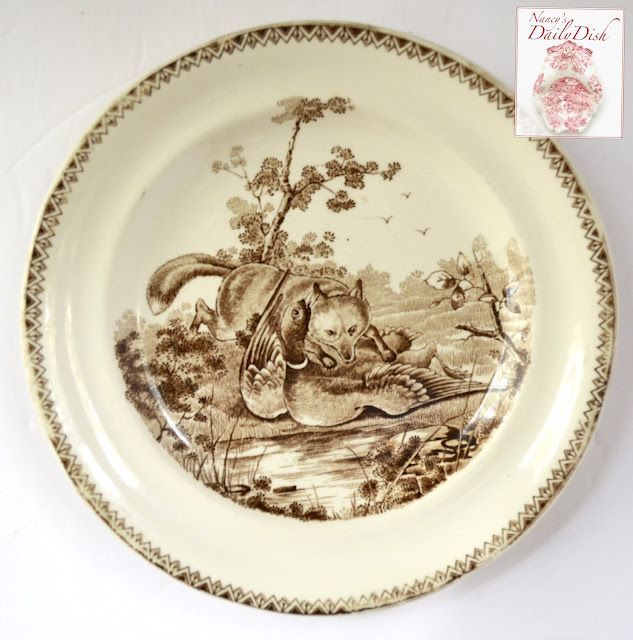 The backstamp dates the plate from 1870-92 which is known as the Aesthetic Movement.  There are other scenes in the series, some with a hunter and dogs, some with dogs and birds like the other shown below.  They are all nicely done and usually not too easy to find. 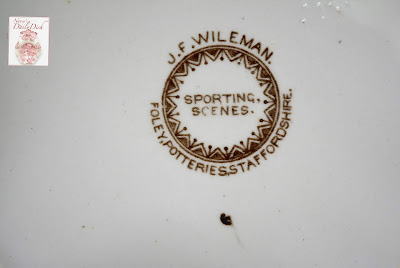 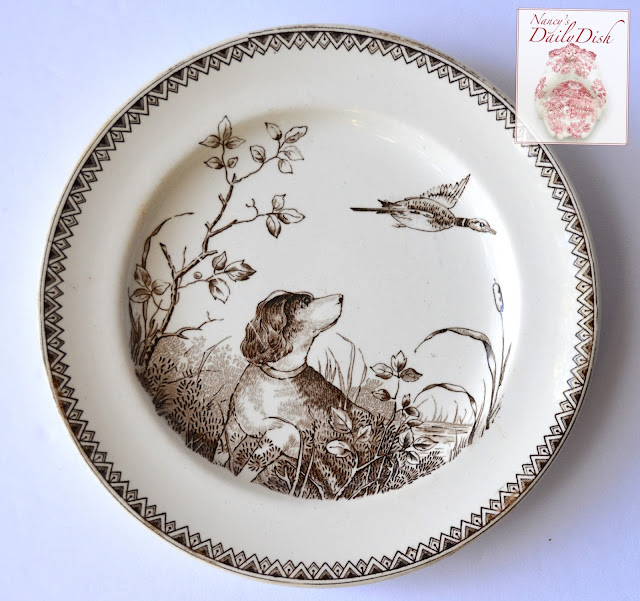 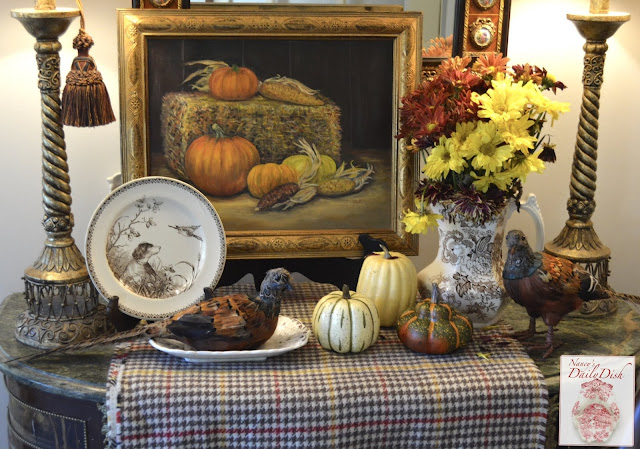 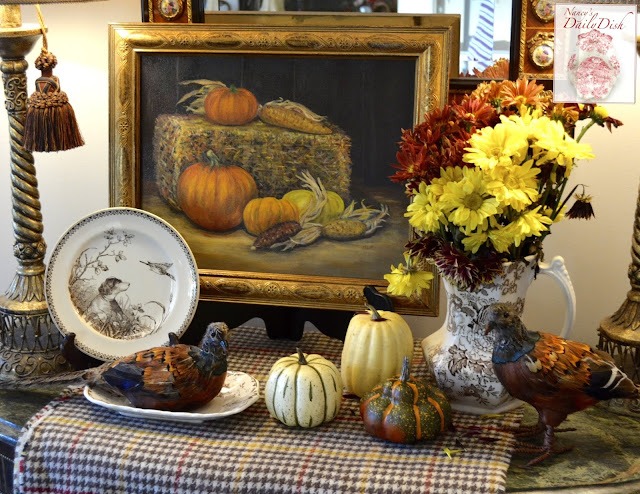 A few antique ads for the J F Wileman Pottery.

Below: Ad from The Pottery Gazette, February 1880

Below: Ad from The Pottery Gazette, American & Canadian Edition, January 1880

Hopefully I'll get to the rest of the entryway soon and be able to post then.   Enjoy the remainder of your week!


Between Naps on the Porch
Marilyns Treats
A Delightsome Life