November 06, 2018
Well over a year ago Shawn made lemon chicken and felt that he had put too much lemon in it.  The over-doing of the lemon ruined anything with lemon for him.   I had been craving chicken or veal piccata for what felt like the looooongest time and even with the slightest mention of it Shawn would begin to mutter about not wanting that or say he'd just make a sandwich, grab a burger or eat a bowl of cereal...all because of the lemon!   Ever since he overdid it with lemon juice (at least in his opinion) in the lemon chicken he has had this aversion to any and all dishes calling for the juice of a lemon.
Well, after several months, I felt I could no longer resist the craving and decided to make chicken piccata.  I surprised Shawn with it and now, I am happy to report that he is no longer averse to a little lemon here and there. Woo hoo!  In fact, he asked for this very dish  just a few days afterwards and it was a total hit with all of our kids who were here to eat it with us that night. 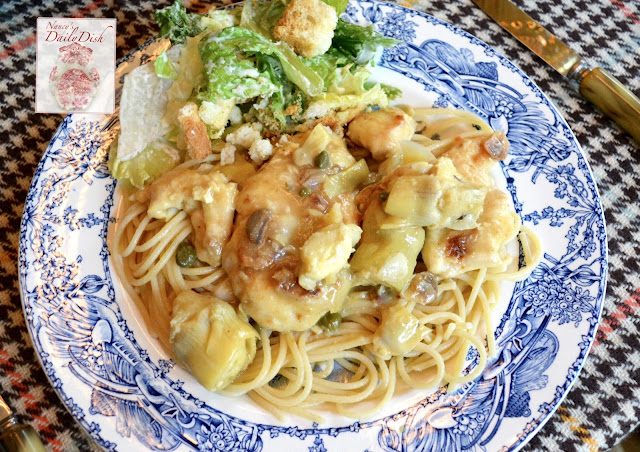 I'm sure I'm not the only person to have done this, but I decided to add some artichokes to the dish and make it extra saucey so it could be served over some lightly buttered noodles.  The artichokes were absolutely delicious in this dish so if you like them I definitely recommend adding some.  It's a beautiful dish, tastes wonderful and looks like something you might have spent much more time preparing than you did. 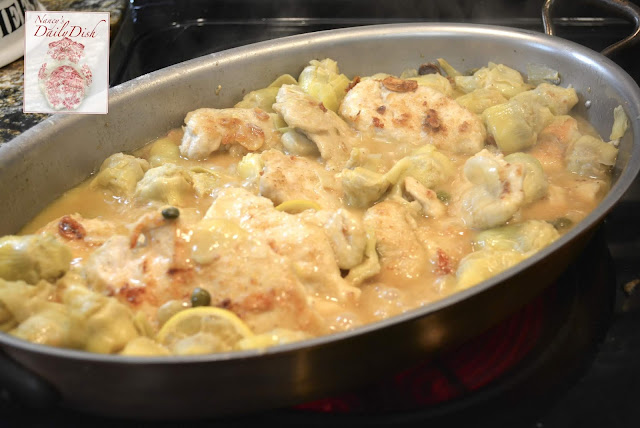 I hope you'll give it a try and let me know what you think! 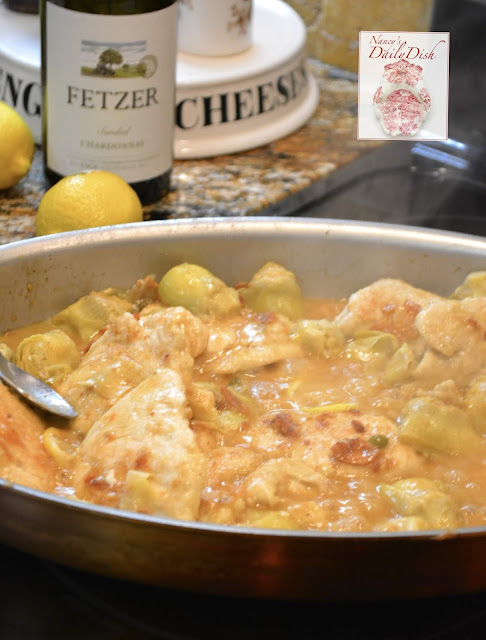 Lay the chicken between wax paper and pound to about 1/4" cutlets with mallet.  Dredge in flour and season with salt and pepper.  Heat some of the olive oil in skillet and cook chicken for a couple of minutes on each side to brown lightly.  Remove chicken from pan and set aside.
Add butter and any remaining olive oil to pan along with garlic.  Cook the garlic in the butter and oil for a couple minutes and then add wine. Continue cooking to reduce slightly.  Add stock and blend.  Add capers and artichokes.  Return chicken to pan and gently stir sauce over chicken and cook for several minutes until chicken is done. Serve alone or over buttered noodles or rice, with some steamed broccoli or a salad and some crusty Italian bread.

And, wellah! Hope you enjoy it! We sure did and will definitely make for the 3rd time again soon! 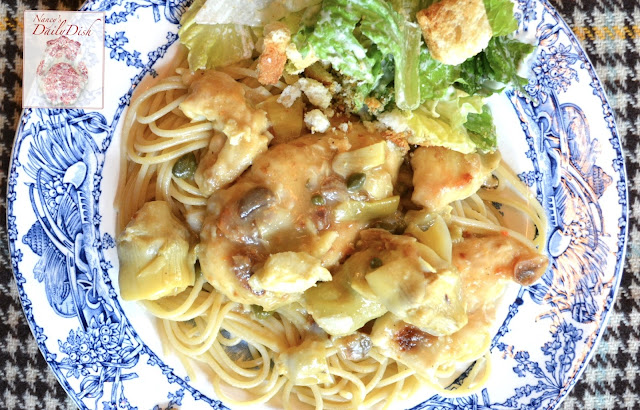 And, in case you spotted the flowers and the dish they're in, I'll post about that soon and tell you just what it is and what it was used for originally! 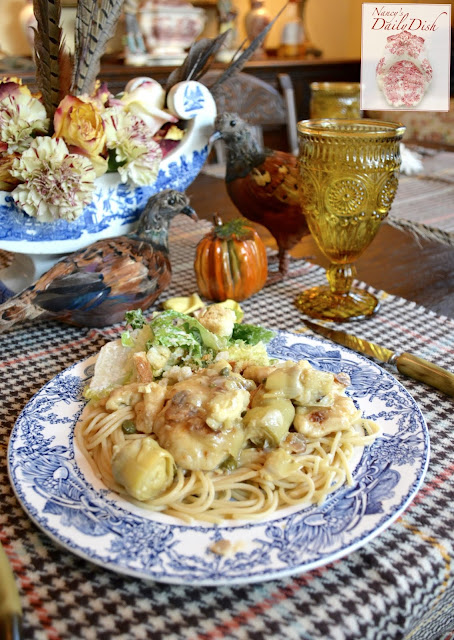 p/s I asked Shawn to read this before I posted and he was oooohing and ahhhhing over the pics and told me he wanted to have it again soon!