June 12, 2014
Today I'm following up on the Split Personality Plate I  posted about yesterday.  I actually hadn't finished my post and accidentally published it so I decided to keep it as it was and follow up today.

Below are some really special examples of what are called sample or test plates.  These were used by numerous potters including Wedgwood as a guide for painters to ensure consistency in coloration. 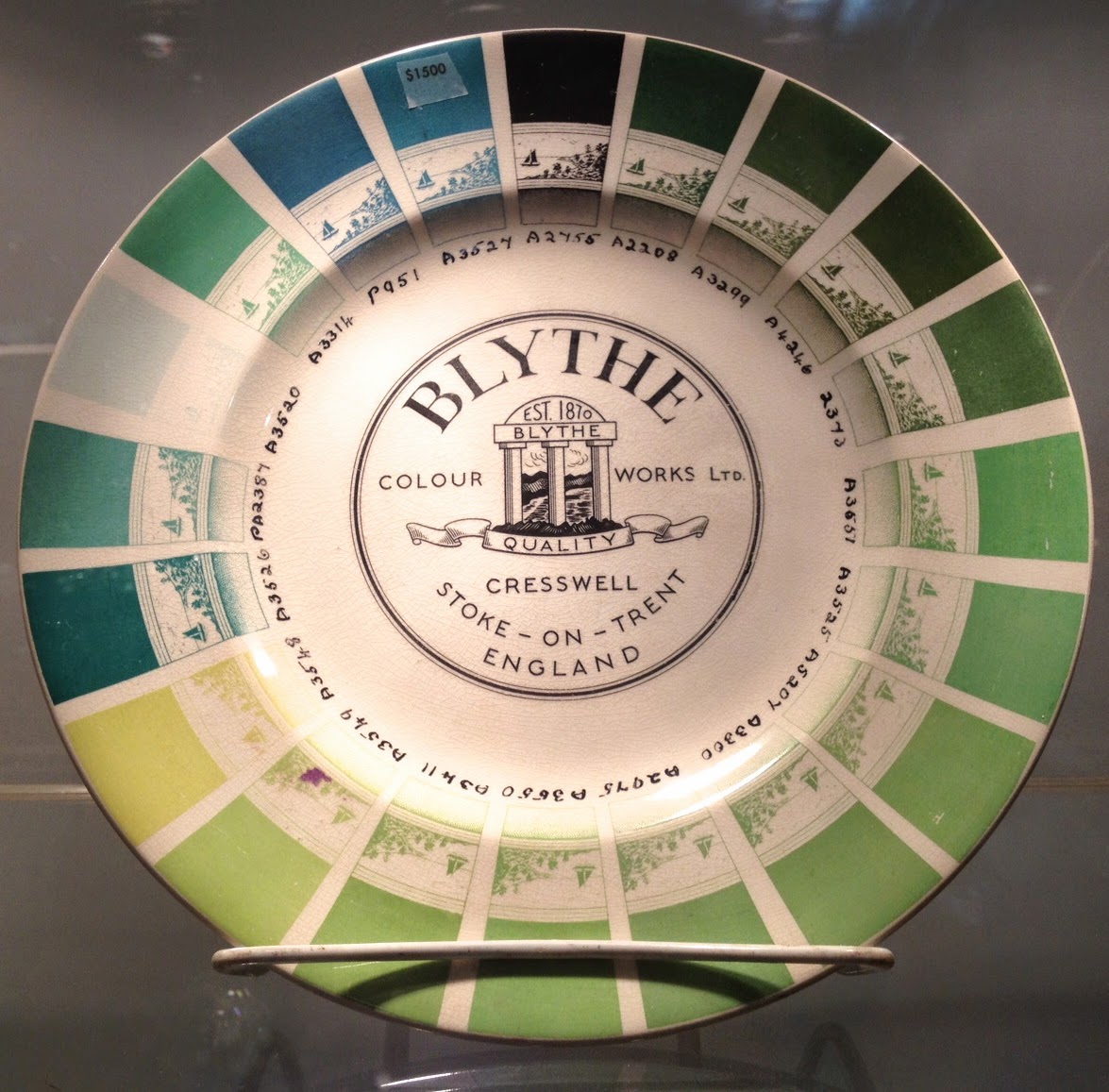 Another use for the sample plates was to show prospective clients different colors.

"Used since the 18th century, sampling formats provide detailed insights into the manufacturing processes, technological innovations and design tastes of their respective eras. The beautifully composed sample books served multiple purposes, from quality control measures for printers and dyers in the textile industry, to archives of all the patterns produced by a manufacturer in a given year, to retail vehicles for salesmen. In commercially competitive fields during the 18th and 19th centuries, sample books were highly valuable and carefully guarded against espionage attacks by manufacturers. During the 20th century, sampling formats became a practical means of disseminating color palettes for each season." 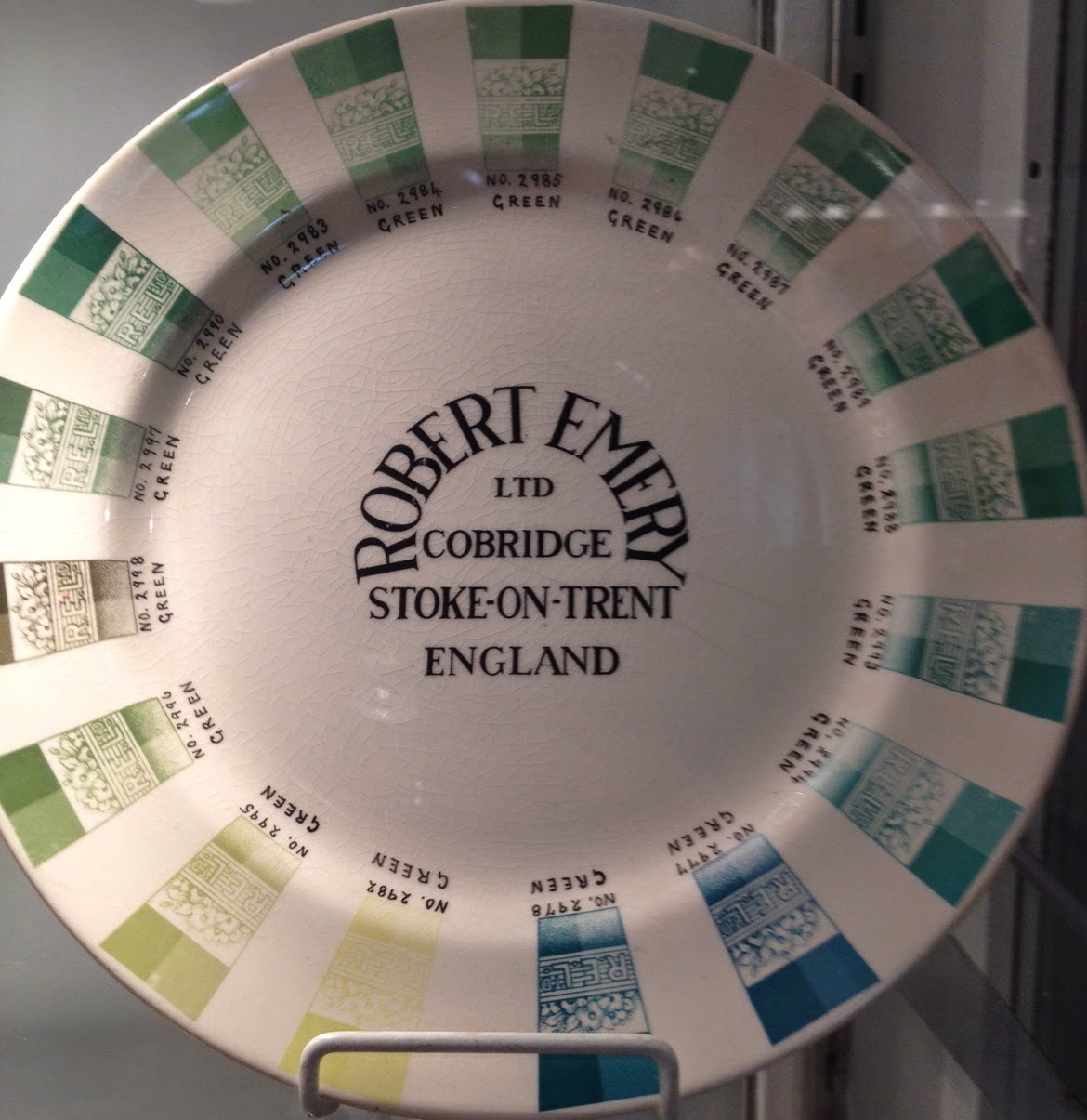 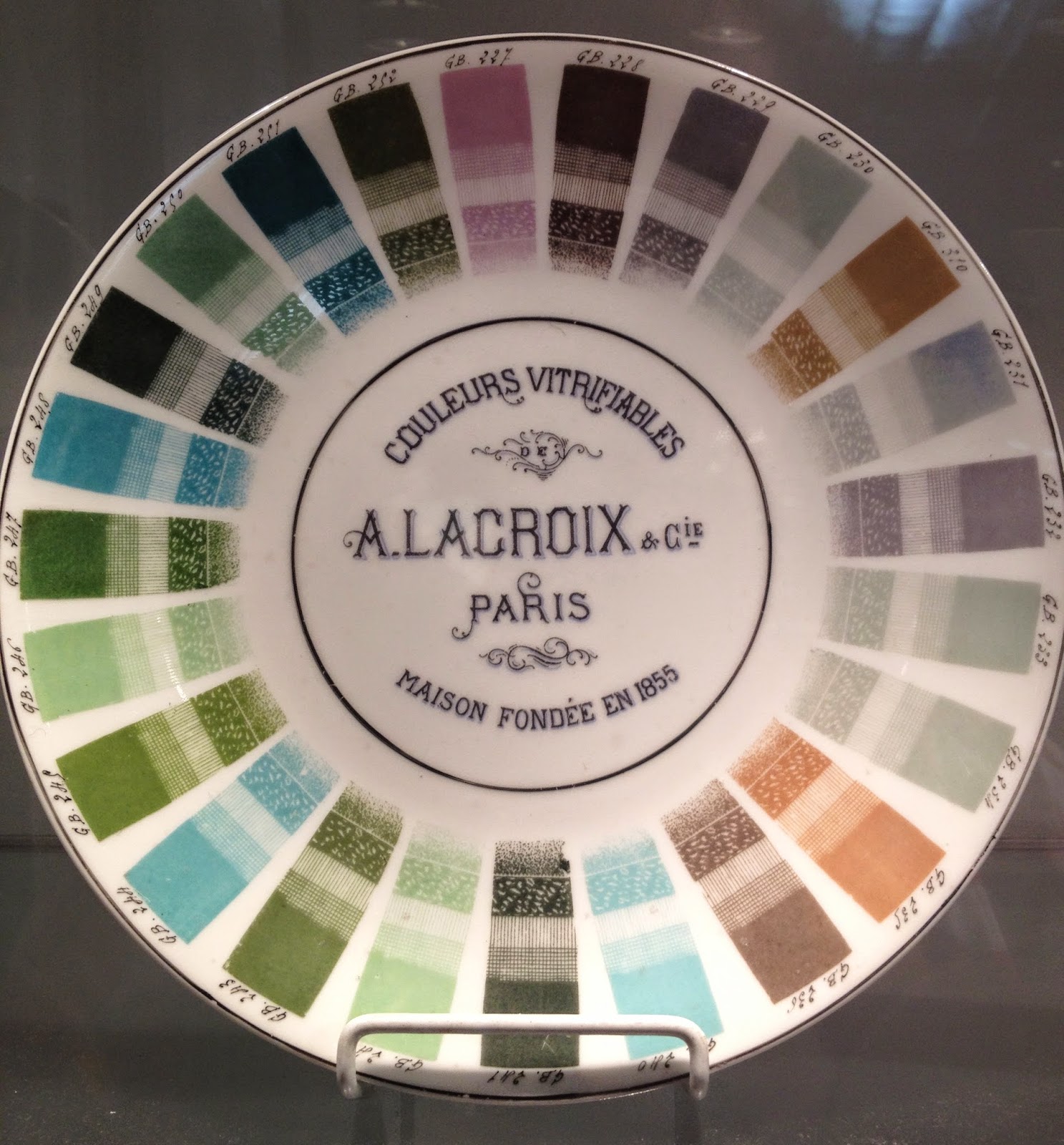 The plate below by J. P. Emery depicts 15 wedges in shades of blue, green and brown where each corresponds to a transfer printed landscape cartouche and floral border.  Numbers are written below each transfer color which would denote the factory color.  It is dated February of 1899 and also notes that colors 6145 through 6153 (blues) were fired in a Slosh Oven. 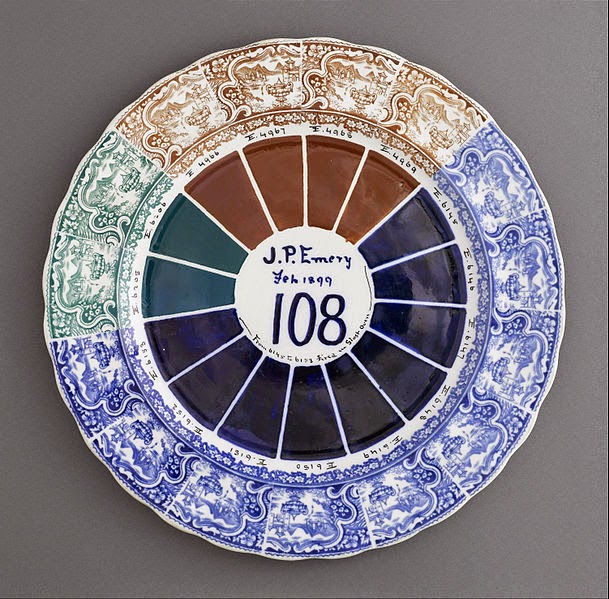 These next two plates below by A J Wilkinson would have been used as a sample to show prospective clients various transfer colors, stamps and designs. 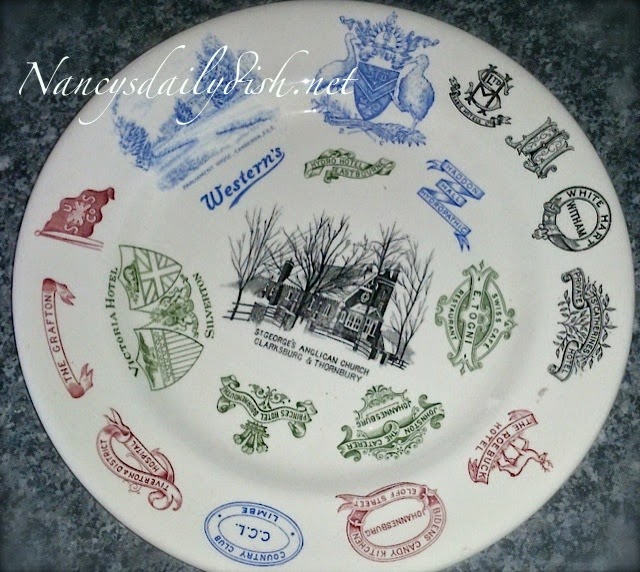 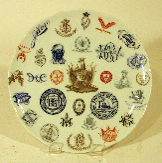 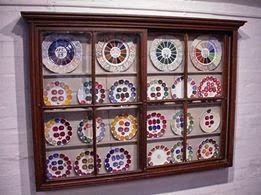 Below is a selection of sample wares from Marion Harris' 19th and early 20th century ceramic color chart plates.    The ultra rare 'pitcher plates' served to show retail stores the range of designs.  These pieces are very rare  (though I will say that I saw one recently on Ebay sell for next to nothing compared to the prices you can see above at $1500 per plate!) and desirable.   Few were made and fewer have survived! 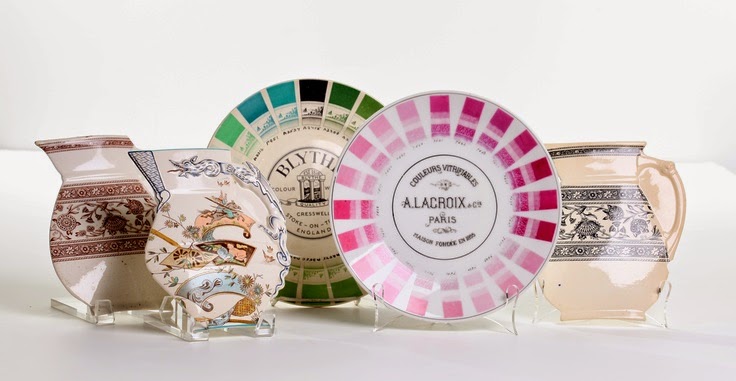 I hope you all found these as interesting as I have.