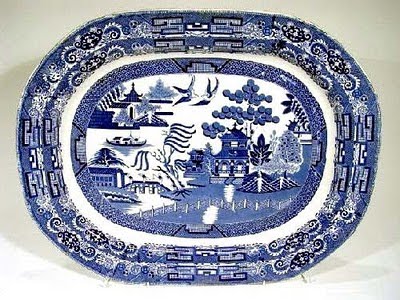 Around 1820, as tastes changed, the subject matter on transfer ware was anglicized and began showing bucolic and pastoral English scenes of country life.  Cattle and sheep were popular themes as were castles and Abbey ruins.  Some depicted women in period clothing with parasols and suitors at their side in gardens or gazebos.  This is often referred to as Romantic style transferware. 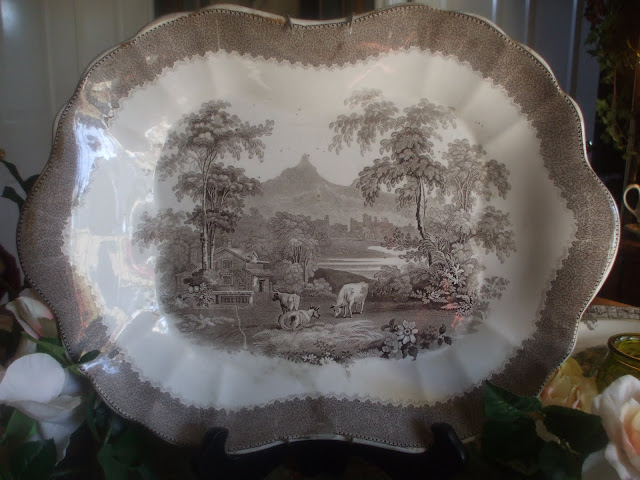 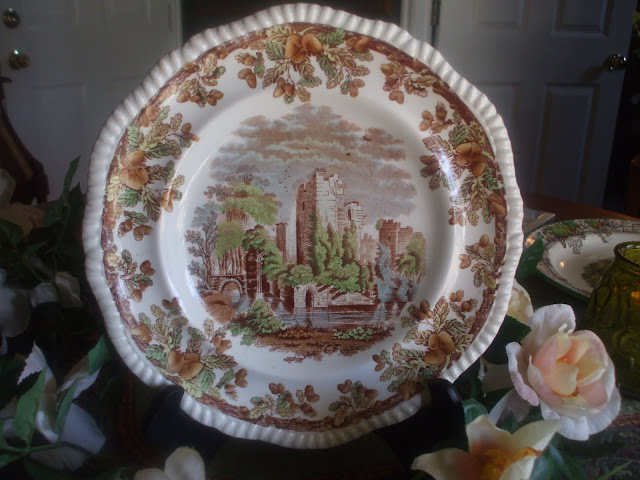 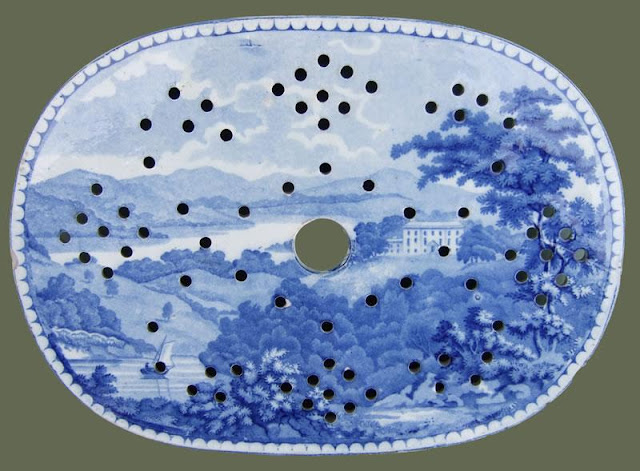 Around 1825, open botanical patterns were introduced by many factories such as this large, circa 1830 handled serving tray in light purple. 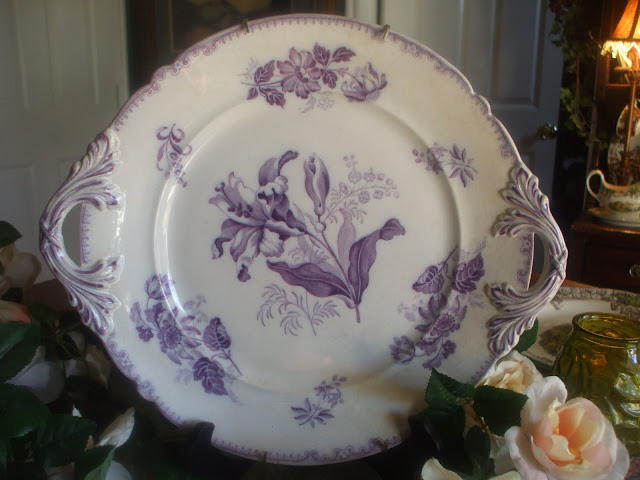 After the War of 1812, to further entice the American market, profit minded British potters began exporting transferware with scenes of American patriots and urban progress to the patriotic, eager buyers of America.

Washington at a tomb with scroll in hand by Enoch Wood 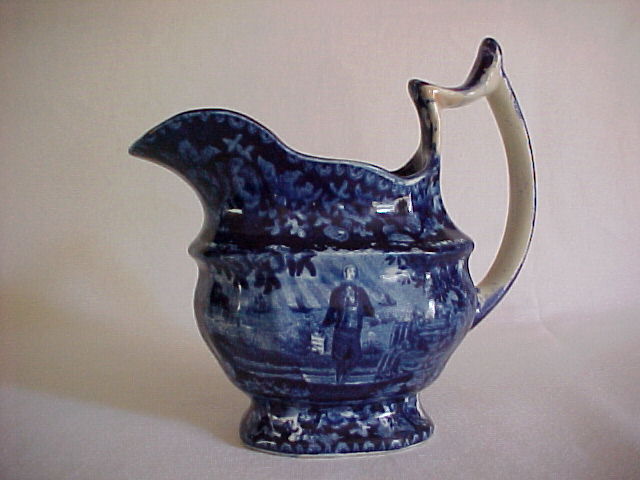 After 1828, technology allowed potters to produce two and three color transfer wares.  This Etruscan Festoon plate by Ridgway is an example which is very highly sought by collectors.  Yellow is the rarest color of transferware,  and the intricacy in transfer placement is unsurpassed. 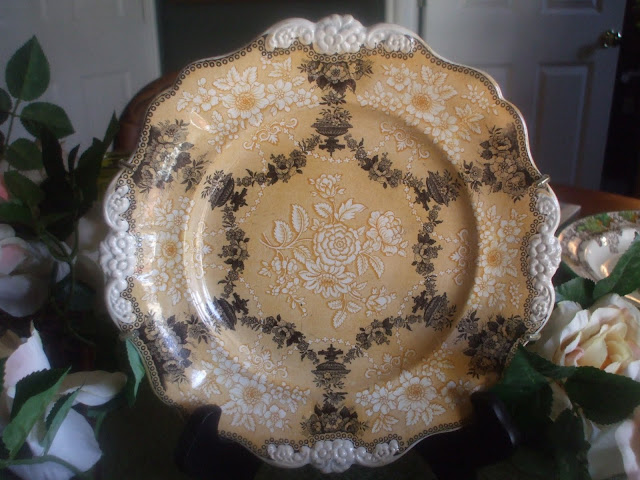 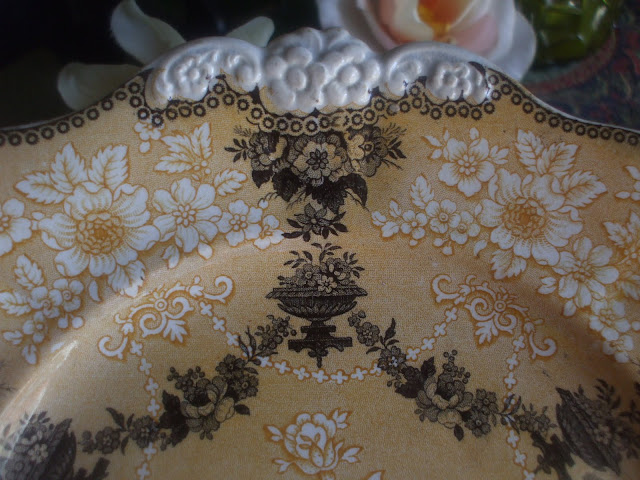 Between 1830-40 flow blue was introduced by adding ammonia to the dye which caused the ink to run while in the kiln.
New Wharf pottery Platter 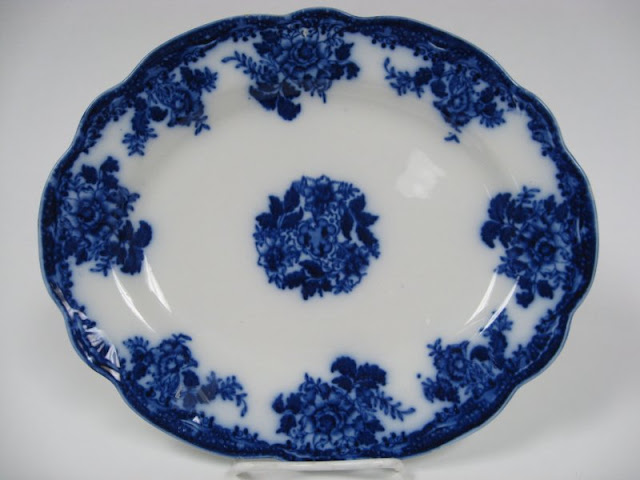 The Aesthetic Movement of the late 19th century (1870-1900), a backlash to formal Victorian times, influenced designs of Asian styled scenes with asymmetric, bold and geometric patterns. 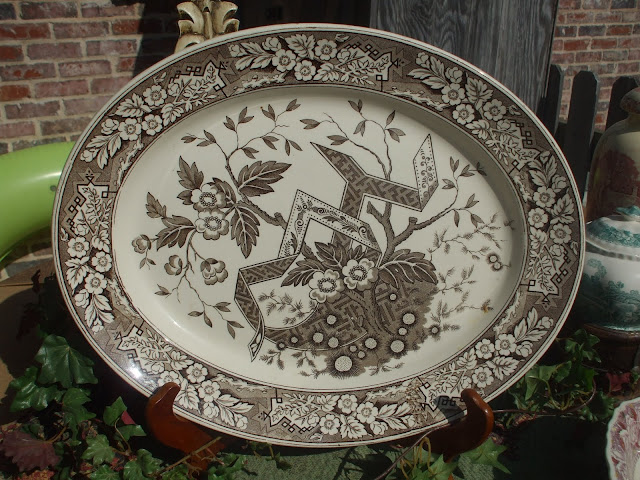 I'll discuss each of these styles in further detail on other posts.  Some I've done already and links are provided above.

I hope you all have a great weekend...the weather here is gorgeous.
Education is an ornament in prosperity and a refuge in adversity.
Aristotle
Linked up here...visit for lots of great fun, photos and articles: